…Poison has done its work only too well.  In what agony, during the dark hours, have these miserable members of God’s Creation perished?

-Vita Sackville-West
In Your Garden; 1958

I panicked when I saw the caterpillar damage on my rose bushes.  Easily distinguished by the large chucks of green taken from the leaves.  They came in flocks in the springtime and had their feast, leaving only a skeleton of foliage in their path.  Before I knew what was happening, the damage was done.  I wasn’t listening very well.

I sprayed with an insecticide but it was too late, many of the leaves had perished.  But with the catapillars gone I welcomed a new problem.  Variagated leaves, speckled and discolored, this malfunction left me distraught as all my research seemed to point to only two conclusions:  A vitamin deficiency, or a dreaded virus. 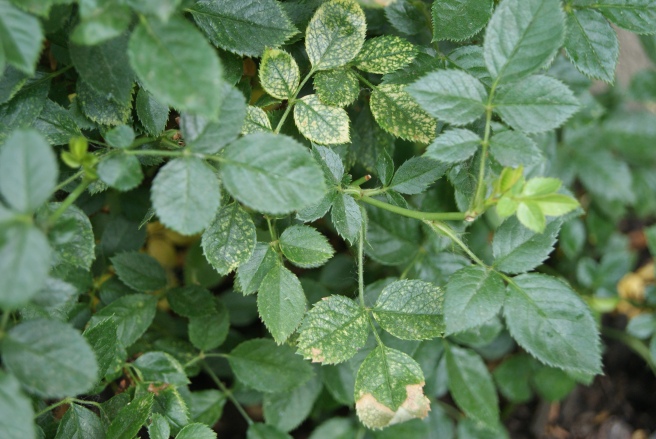 Through these symptoms my roses had found speech.  But what were they trying to tell me?   What warning were they struggling to present?

After an inconclusive internet search, I took the leaves up to a couple nurseries.  One group of ladies told me it looked like a fungus.   Another told me it was probably insect damage and to keep spraying.

But who to believe?  I went ahead and bought the recommended fungus remover and a soaker hose as it’s really the only way to water new plants in this drought.  But I bought one more object to satisfy my own suspicion: a pH meter. 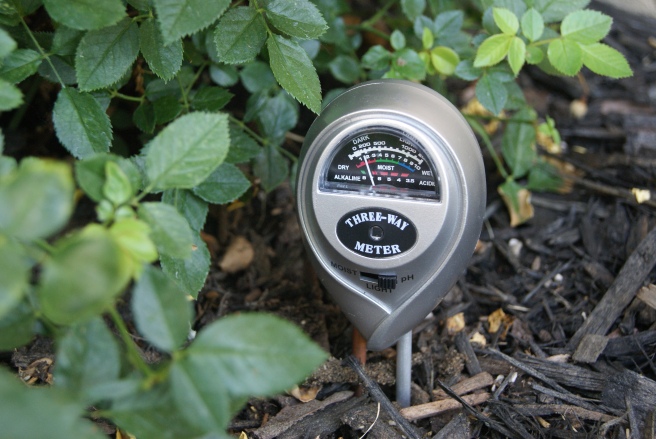 I had my suspicions; an intuition if you will, that if I fertilized perhaps all problems would be solved.  I’ve noticed the blooms have decreased greatly since spring.  Also a sign that it’s a vitamin deficiency.  Roses like an acidic soil and as you can see I have very low acid levels.  In the spring I gave them all a slow release fertilizer but I don’t think it is working fast enough.  So I’ll give them a little ‘snack’ of miracle grow throughout the summer and next year I’ll mulch with some manure to increase the nitrogen in the soil. 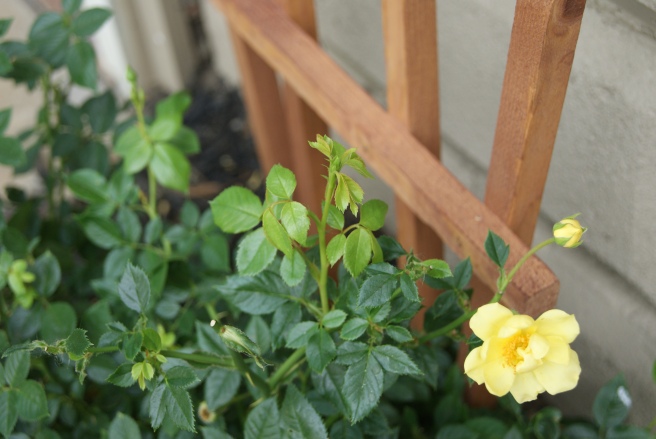 It’s a grand experiment really. I have no idea what I’m doing as I’ve never dealt with inconsistencies before.  So here I am, yet again, learning something new. Yay!

One thing the roses are telling me is that their new growth is healthy.  This is a great sign.  To me, it points to a pest problem; an easy fix.  All other symptoms however, seemed a mystery,  and perplexed even the master gardeners with which I spoke.  But in the world of gardening, everything is learning by doing.  You have to be a detective and listen to the plant as well as your intuition.

As summer progresses, I’ll see if there seems to be more damage but I’m hopeful it’s not a virus.  If it is, God forbid it, I’ll have to rip out all my bushes and burn or tie them up in plastic bags, then I would have to replace all the soil before planting anything new.  Total buzz kill to summer’s euphoria.

Listening is precisely why gardening is an art form.  There is an art to listening; an art to conversation.  Coming up with a response that is both wise and applies directly to the point.   One must listen well because plants always have something to say.  If your plants could talk, what would they tell you and how would you respond? 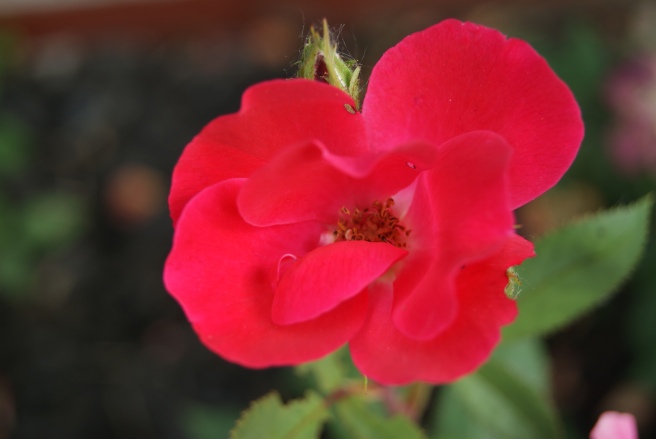 3 thoughts on “The Art of Conversation…”