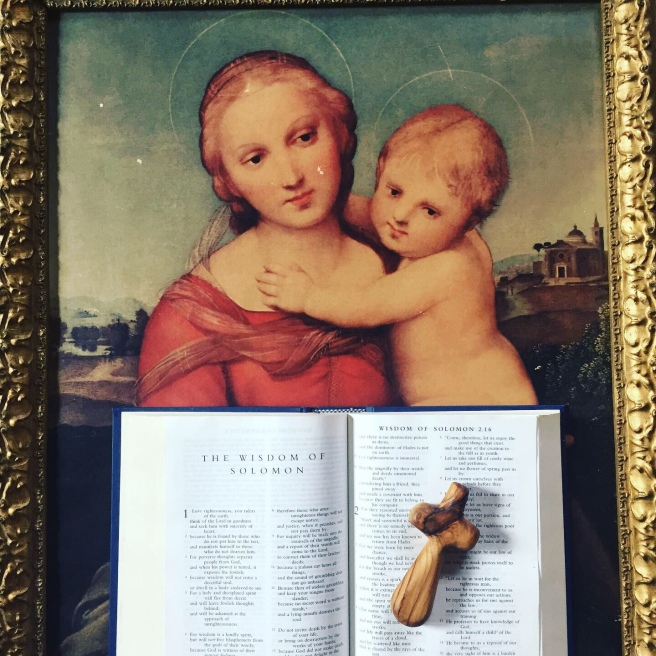 A couple weeks ago I finished the Bible. I read it in a year, taking an hour every morning to read three chapters. I filled three notebooks of my thoughts—arguments and extensions—of what I thought everything meant.

There are 4,200 religions in the world. That is almost as many as there are languages spoken. Proof that God speaks to us all differently, in the ways only we can hear Him. Of the four most popular religions, Christianity, Islam, Hinduism, and Buddhism—the very center of all of their teachings is love. It is important that we understand each other through love, because that is TRULY what these religions teach us whether you’re black, white, brown, red, or blue, whether you are gay, straight, trans, etc., love should be EVERYTHING! 💕

It has been said in my family that my beloved great Grandpa—even in passing he is still my hero—saw a vision of the Blessed Mother twice. She spoke to him in Italian, and he never told anyone what she said. He prayed to her every night and had this small painting (pictured)of her praying by his bedside. It came with him from Italy and is over 100 years old. I have it now and remember him always.

The Book Wisdom of Solomon is considered an apocryphal book meaning it did not make the cut into some Bibles, but I think it’s beautiful so, there you go. .

2 thoughts on “Today I review the Bible”