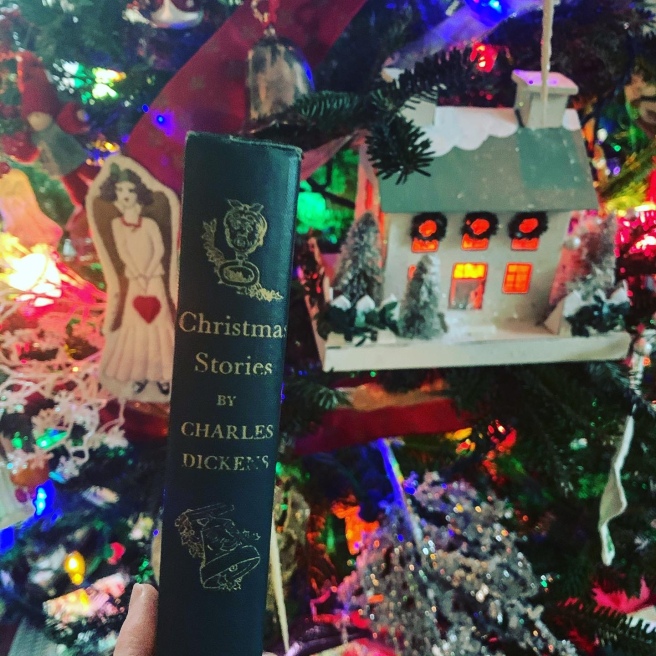 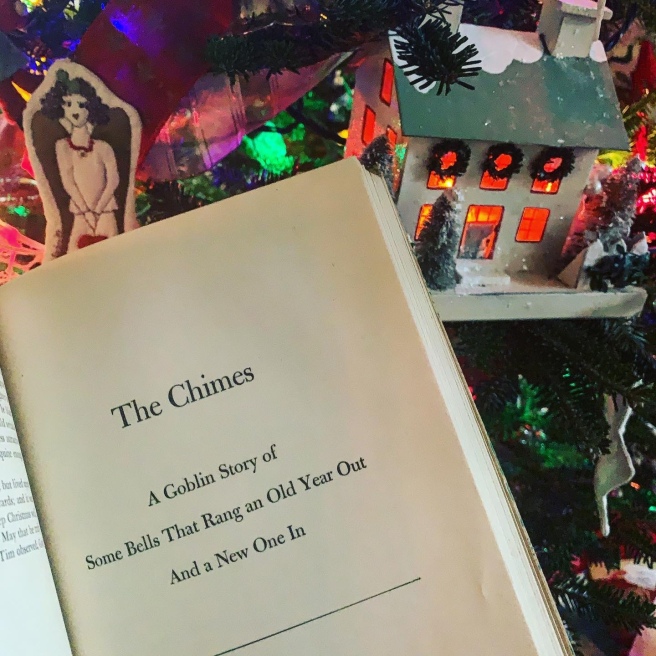 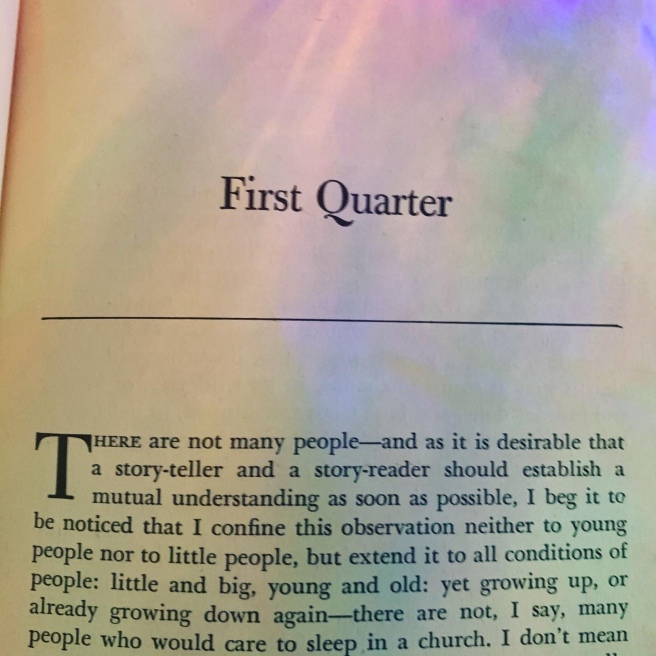 Christmas Stories by Charles Dickens is a collection of three children’s stories: A Christmas Carol, The Chimes, & The Cricket on the Hearth. According to May Lamberton Becker who wrote the introduction for this collection,

“Night after night [Dickens] tramped the dark and silent streets of London, sometimes for as many as fifteen miles, while [A Christmas Carol] lived itself out, scene by scene, before his eyes. Often his eyes were filled with tears; sometimes he laughed aloud and made such extraordinary gestures it was a good thing that sober folks were all in bed.”

Reading Dickens one can tell he was an advocate for the poor. His father served time in a debtors’ prison, so as a result Dickens was very aware of his accounts and feared debt. He moved his family to Genoa, Italy for a time, because the cost of living was cheaper. I think his stories have helped many people emphasize with the poor and suffering, and in that alone he has done good for the world with his craft. We should all strive to do this.

Pictured are the first couple sentences of The Chimes—pulls me right in!