Finished this yesterday. Sometimes an unread book on my shelf will call me, and I know that I am meant to read it then and there. This is one of those books. The Cevennes Journal of Robert Louis Stevenson is the elongated version of Travels with a Donkey. The editors here have let all of Stevenson’s omitted texts remain, so you get a better sense of his journey and thoughts all around. If you don’t like travel essays read it for the anecdotes of his donkey. The relationship with his travel donkey Modestine is hilariously tragic.

The trail he took is a well known backpacking trail now in France (I have tagged its location for you above). I would love to hike this trail someday but for now, in the Spring my husband will take us backpacking up north for a weekend. So this book was a good way to train myself to write travel essays as I would like to journal our hike. In the back of this book the editors have published all of Stevenson’s original notes to himself. Notes that would later tie into his essays. Quick glimpses such as, “children singing on path,” or “lady with enormous hat,” would eventually be added into his essays in great detail once he had a moment to rest. Brilliant! . 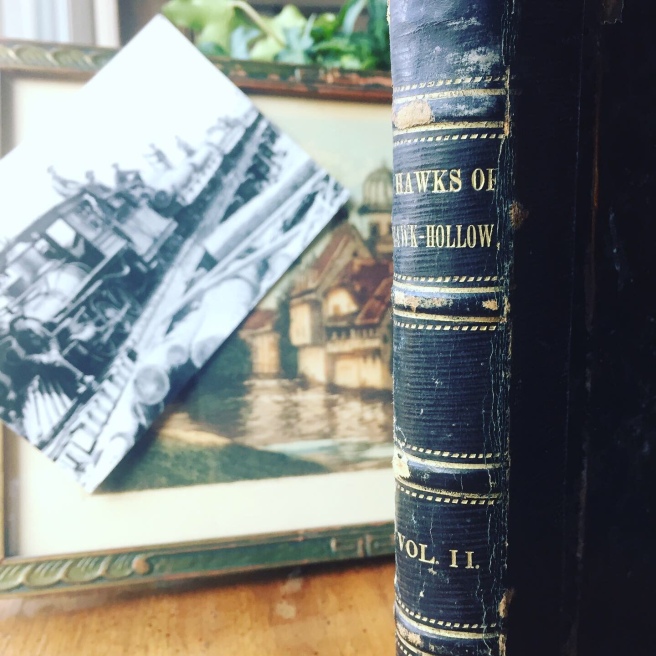 In 1835 a Mr. Hayden W. Dooley journaled this inside Vol. 2 of Hawks of Hawk Hollow, a play by Robert Montgomery Bird, while waiting for a train:

“Arrived here at Hamilton at 9 o’clock and being just 5 minutes too late for the Oxford train the next thing is to prepare ourselves for a long tedious six hours “set” intermingled with short “walks” and little talks. Eating “knickknacks” and thinking about home after an absence of several days. I know it would do anyone interested in our welfare to see our long faces today caused by our disappointment however I believe shall throw dull care away and be a Hamiltonian while here. Strangers are beginning to gather in the depot for the next train. It bothers me a little in writing my [sic] I must grit and take it. There are several in waiting for 12 o’clock train. It is almost impossible to take in account the ruffles, fruffles and folds and twists which adorned most, I say, sensible girls. One lady sitting opposite me with a black [sic] dress on trimmed in puffed about in black silk well as near as I can tell she is a puff anyway held together with a massive gold watch and chain. She is gone now. It is half after 12 o’clock.” . 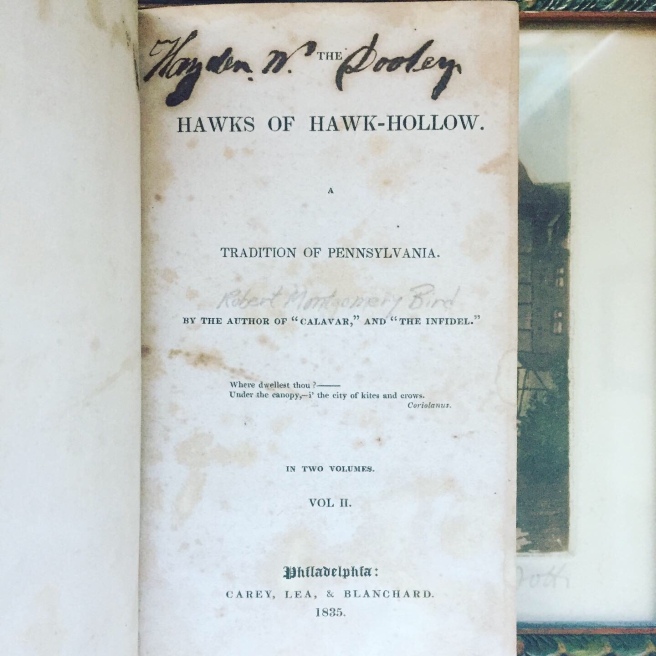 This is the oldest book I own. I only have vol. 2.